Founded in 1894 under another name and finally incorporated in 1921, Port Salerno was named after immigrants from the Italian town of Salerno who settled in the area in the early 1900s. Industry in the area centered on fishing and pineapple farms. In the 1930s the shark industry was prevalent and commercial fishing has had a strong presence ever since, supplying all of the waterfront restaurants with fresh catch. When fishing with large nets was banned in 1995, the number of commercial fishermen in the area dwindled from 253 to just 40. From that time on, Port Salerno has been focused on nautical pursuits, yet still has a strong commercial fishing presence. Today people are drawn by the restaurants, shops and waterfront lifestyle.

Recent Port Salerno Improvements
The Martin County Community Development Board, along with a committed group of loyal citizens, has been instrumental in creating real improvement for Port Salerno. Recent projects have included the dredging of Manatee Pocket, the creation of a boardwalk known as the Manatee Pocket Walk, and the beautification of the bridge on Dixie Highway with artistic manatee gates. Follow the links below to learn more about the plans and projects which have been suggested and implemented since 2000.

Port Salerno Today
Many of the planned improvements have been implemented since 2000, and many have not. Impediments were the recent housing market crash as well as disagreement on the best path forward. Many local residents were concerned about retaining the historic fishing village feel as opposed to becoming another example of Florida over-development. Port Salerno has been able to retain its waterfront charm as well as to look forward to further improvements in the future. 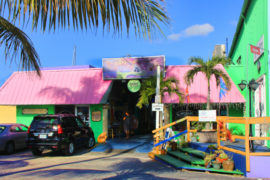 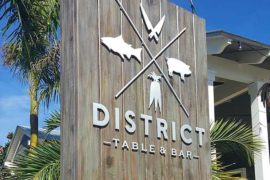 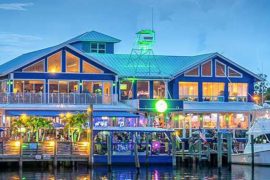